What is the Adelaide Food Fringe? 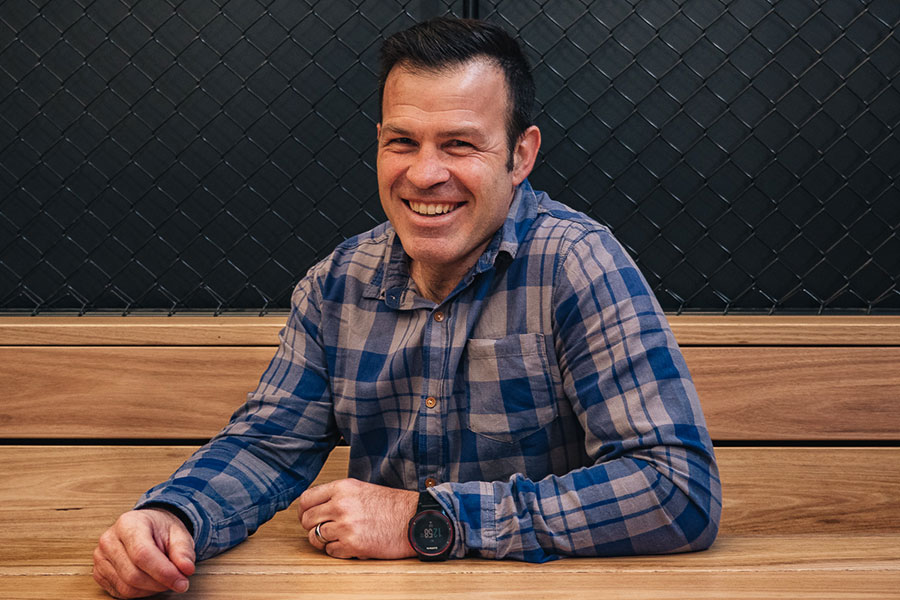 WHAT IS THE ADELAIDE FOOD FRINGE? – INTERVIEW WITH DIRECTOR VIC PISANI

The Adelaide Food Fringe is now officially open for registrations, the festival will run from the 3rd – 5th of April 2020 and is open to anyone with a food and drink passion they want to share with the wider community, including food-related events and performances. No idea is too big or too small to register.

Adelaide Food Fringe Director, Vic Pisani sat down to discuss what the festival is all about and how to get involved.

“The Adelaide Food Fringe is a 100% open-access food and drink festival,” Vic explained.

“Based on the wonderful concepts that are already out there, the Adelaide Fringe, SALA, Umbrella Winter Sounds, where anybody can be part of it. It’s created by the people for the people. As the Director of the festival I’m not here to tell people, ‘hey, here’s my program’, it’s not my program it’s all of South Australia’s. I can’t wait to find out what the program is because it’s all about everybody bringing their own ideas.”

The Adelaide Food Fringe’s open-access policy means anybody and everybody can register their idea which is the big difference from a curated festival program where a director will select the events, venues and participants they want for the program.

“We’re not a festival with a fence around it, where you walk in and there are vendors, bands playing or anything like that. We have no fence. The venue is South Australia. The vendors can be pretty much anyone has a pulse. Every restaurant, cafe, bar, brewery, community club, chef, nonna, kid, whatever! Everyone is eligible to be part of our program.”

The ability for anyone to register their event means that Vic can’t predict what the weekend will hold until all the registrations close on the 5th of February 2020.

“I have no idea what it’s going to look like. But we’ve been nudging people who we love what they’re already doing and they’ve already come to us and said ‘yes, this is exciting and we want to be part of this’. We already know a number of events which are ready to register. So I think we have a festival.”

“As a director, I trust the community with what they bring to this festival. There will be some of the most amazing things that Adelaide has ever seen in a food or drink festival, some unique stuff that they’ve never experienced. There will be some things like the Adelaide Fringe that they may not ever want to see again, and everything in between,” Vic laughs. “That’s the beauty of an open-access festival.

“It could be as simple as a restaurant deciding to try a plant-based menu to bring in that day. It could be incredibly unique, a progressive dinner that takes people back to a different era. It could be a talk, it could be an opera, who knows. It could be your six-year-old daughter with a lemonade stand or it could be Heston Blumenthal with a $1,000 a head degustation. I’m not here to tell people what to bring.”

“It could be 100 events, or it could be five events. Either way, I think it’s going to be great, bigger isn’t always better. It’s our first year so we’re really trying to communicate the concept that this is a festival that everybody owns and that everybody creates. This isn’t a festival that is created by one guy saying ‘this is my hit list of favourite restaurants’. If you’re a restaurant, a bar, a winery, a brewery and you want to be part of it, come and be part of it, it’s not up to me to say if you can or you can’t. It’s only $50 to register and as long as you fulfill the food health and safety and insurance requirements, it’s as simple as that to join in.”

The idea for the Adelaide Fringe Festival has been bubbling around Vic’s mind for more than four years and was inspired by other existing open-access events.

“I was thinking one day, the Fringe, SALA, they’re all fantastic and I love the idea that absolutely anybody can participate in it. I wondered why we didn’t have something that was 100% open-access in the area of food and drink. It started from that. I started making notes and brain dumps and ideas of how it might work. One of the projects that I initially thought could be a great part of a 100% open-access food fringe would be a ‘nonna’ restaurant. Exploring my cultural heritage through the family recipes of my mother, her mother and the matriarchs of our Italian community. I came up with the idea of the restaurant which could potentially be an event in the Adelaide Food Fringe.”

In those four years, Vic managed to take his idea for a nonna restaurant and turn it into The Travelling Table, which became a pilot test for what has now become the Adelaide Food Fringe.

“The nonna restaurant transformed into The Travelling Table after I had spoken with Sam Wright about the idea of an Adelaide Food Fringe. The Travelling Table was born out of that original Adelaide Food Fringe idea. We’ve been doing that for two years and that’s an exploration of the three major waves of South Australia’s migrant history, through the matriarchs and family recipes of these cultures.”

Finally, at the start of 2019, Vic applied for a grant with the City of Adelaide. Amazingly it was approved and the grant turned the idea of the Adelaide Food Fringe into a reality.

The Adelaide Food Fringe will take place from the 3rd – 5th April across South Australia.